It’s a common tale these days — legacy department stores and famed luxury retailers going belly-up. But Dick’s Sporting Goods, the nation’s largest sporting goods retailer, has continued to thrive as it responds to the changing economy and consumer needs, according to a report from MIT’s Sloan School of Management.

How has Dick’s managed to beat the odds for brick-and-mortar stores? Customer responsiveness is key. A combination of in-store technology, user-friendly e-commerce options, knowledgeable sales staff and a physical experience for customers are the backbone of Dick’s success. Customers can test out equipment in the store with batting cages and putting greens, and floor staff act as consultants to help customers figure out what they want.
Dick’s also aggressively promotes its ‘buy online, pick up in store’ strategy, which offers the convenience of online shopping while still bringing people into physical locations, according to the Sloan report.
While few retailers have survived unscathed, Dick’s technology investments and existing technology-friendly reputation have proved immensely valuable. In the first weeks of the pandemic in spring 2020, the retailer quickly rolled out curbside pickup options to soothe customer nerves and sidestep store closures, according to CNBC. The company also cashed in on the home fitness and outdoor activity boom after the states forced gyms and health clubs to close, posting higher-than-expected earnings during the third quarter of 2020, according to MarketWatch.
In the final leg of the 2020 holiday season, Dick’s partnered with delivery service Instacart to offer same-day deliveries from more than 150 stores, according to CNBC. The company plans to roll this service out to even more stores in 2021.
Still, Dick’s is not without its naysayers. According to Yahoo News, analysts from financial services firm Stephens believe that despite strong management and market position, rosy forecasts are a bit too optimistic.

Welcome to our home 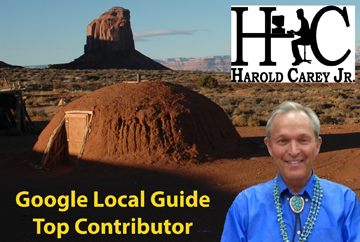 I travel the Southwest and the world taking photos and doing travel reviews as a Google Local Guide.
I have over 38 million views of my photos on Google Maps and over 800 travel reviews